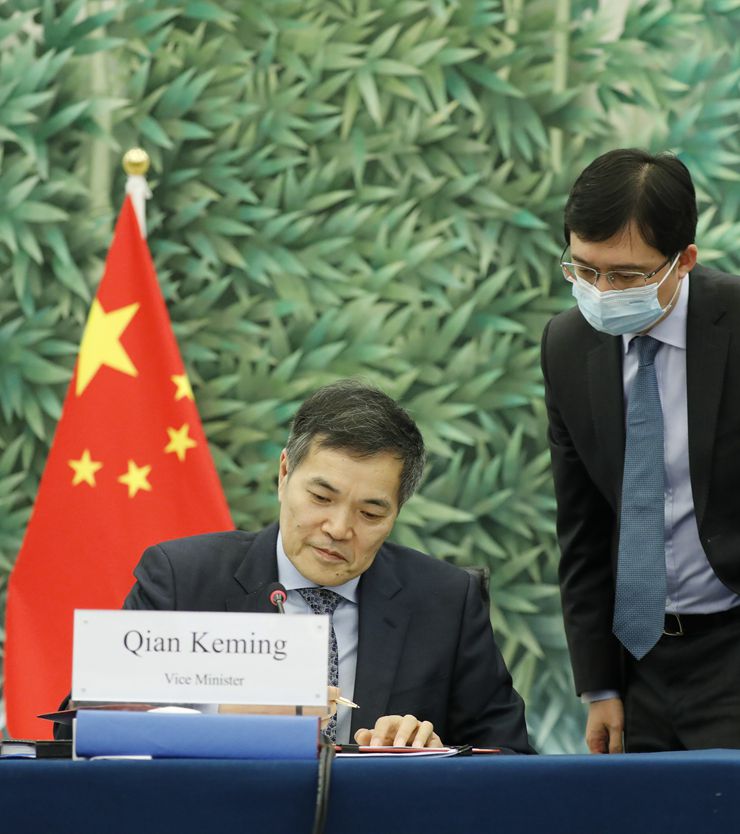 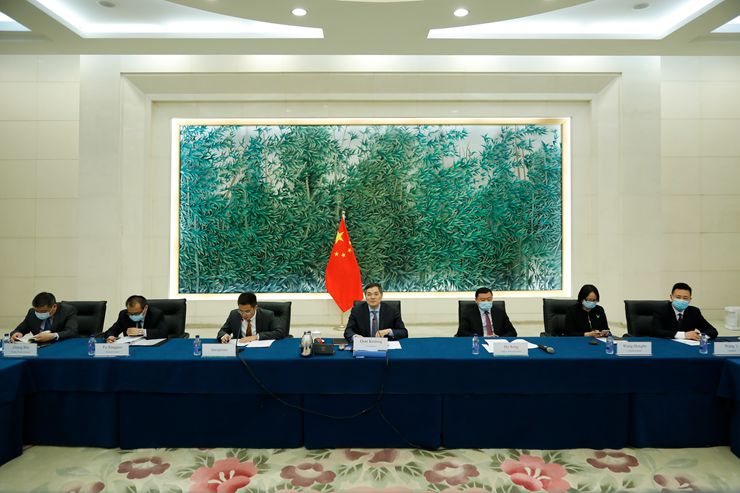 On the afternoon of April 29, Vice Minister of Commerce Qian Keming and Palestinian Minister of National Economy Khaled al-Osaily co-chaired the second session of the China-Palestine Joint Economic and Trade Committee via videoconferencing. The two sides reached broad consensus on joint Covid-19 response and promotion of bilateral cooperation in trade, development assistance, investment and infrastructure. Palestinian ambassador to China Fariz Mehdawi, Secretary-General of the Ministry of National Economy, Director Guo Wei of the Office of the People’s Republic of China to the State of Palestine and representatives of Chinese authorities also attended the session.

After the meeting, the two sides signed a minute of the joint committee session.

(All information published on this website is authentic in Chinese. English is provided for reference only.)